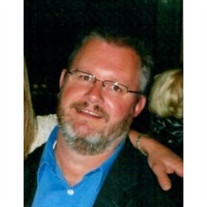 Reminding us once again that tomorrow is not promised to anyone, we unexpectedly lost a loving partner, brother and loyal friend, Wesley Alan Schwahn, on the morning of Monday, March 29, 2021. Wes had a sudden heart attack while on his property caring for trees damaged in the recent ice storm. We are so grateful his partner Cyndy Poppen was with him in his final moments. We will miss Wes every day, but we thank him for all the wonderful memories he has left us with. Born and raised among a big family in Oregon City, Oregon, Wes' childhood was also spent in a neighborhood of kids that became his life-long friends. He attended St. John the Apostle Catholic School, graduated Class of l975 from Oregon City High School, and earned his Bachelor of Science in Business Administration from Portland State University in 1983.  Wes had the unique ability to recall details of an event from decades ago along with the names of teachers most of us had long forgotten. And throughout all his years Wes was the one to keep past classmates and friends in touch with each other. After graduation he went on to build an impressive career with Sysco Food Services starting at the Wilsonville Campus, relocating for a few years to Houston, Texas, and then moving back to Oregon until his retirement in the Fall of 2015 as an Operations Analyst. He enjoyed the detailed challenges of nationwide food service and delivery and mentoring younger Sysco employees. After an early marriage that ended in divorce, Wes reconnected with Cyndy, one of those neighborhood friends, and in 2006 they began a life together on their 10-acre property in Canby, Oregon. Over the next 14 years they worked side-by-side caring for the extensive property, adding numerous other structures and hosting family and friends. Wes was truly his happiest at home working outdoors. When not enjoying the outside, Wes had many other hobbies . . . never missed his daily crossword puzzle (always done in ink), maintaining an elaborate baseball card collection over many decades, managing his stock portfolio, passionate political discussions (especially with his brother-in-law Micky) and cheering on his favorite Baltimore Orioles. In retirement, Wes became a valued and active member of the Oregon City Elks serving on the Board of Directors and making several new friendships. He was also a great comfort and companion for Cyndy's father in his final years. Wes is survived by siblings Helen Haak (Micky), Theresa Morton, Nancy Saul (Randy), Bill Schwahn (Lisa), Peggy Lara and Cyndy's sisters Patti Mertz (Joe) and Deborah George (Don) along with numerous nephews and nieces.  He was preceded in death by his sister Donna Laredo, brother-in-law Donald Morton, Sr., and his parents, Peter and Helen Schwahn. The hardest part of losing someone is not having to say goodbye, but having to learn to live without them. A celebration of life is planned for late summer 2021, so please check back at www.WaudsFuneralService.com for those details. In lieu of flowers, donations can be made to the Oregon City Elks Lodge #1189, 610 McLoughlin Blvd., Oregon City, 97045.  Tributes can also be viewed on Facebook, OCHS Class of 1975.

Reminding us once again that tomorrow is not promised to anyone, we unexpectedly lost a loving partner, brother and loyal friend, Wesley Alan Schwahn, on the morning of Monday, March 29, 2021. Wes had a sudden heart attack while on his property... View Obituary & Service Information

The family of Wesley Alan Schwahn created this Life Tributes page to make it easy to share your memories.

Reminding us once again that tomorrow is not promised to anyone,...

Send flowers to the Schwahn family.