Plant a tree in memory of Larry
An environmentally-friendly option 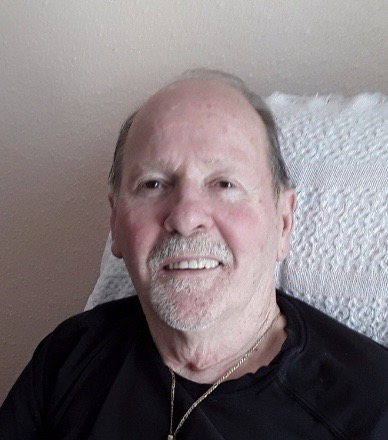 Larry Darrle Nightengale was born in Fairview, Oklahoma on October 21st, 1939, the son of the late Herman Nightengale & the late Matilda “Tillie” (Seibel) Berndt.  He was 81 years old when he passed.  His early childhood took place in MacPherson, Kansas, and his teen years were spent on his Uncle Melvin’s farm in Gervais, Oregon.  He has been a resident of Gresham, Oregon since 1975.

He joined the United States Navy in 1956 and was stationed in Pearl Harbor, Hawaii submarine base.  He worked in the torpedo shop for 2 years.  While in Hawaii he learned to cliff dive, and became an excellent swimmer.  He was transferred, and stationed on a destroyer in Longbeach, California for 2 years.  During this time, he was sent on a WestPac cruise to Asia.  He loved the Navy, and considered a career in the military, however he felt it was not a good life for a family man, which is what he wanted to be.  He was honorably discharged in 1960.

Larry was married to Billie (McFadden) Nightengale for a short time.  They had one daughter, Suzanna “Suzy” Jane (Ford) Nightengale.  Due to unforeseen challenges the marriage ended, and Larry became the sole custodial parent of Suzy.  He was the first man in the state of Oregon to receive primary custody of his daughter.  As a single parent, he faced many struggles, but overcame them with dignity and honor.

Larry married the love of his life Carol Lynn (Walton) Nightengale on July 4th, 1975.  They claimed this date “Interdependance Day” and were wed at a little chapel in Portland, Oregon.  Together they purchased a Victorian farm house in Gresham, Oregon, spent years fixing it up, and have lived there ever since.  Together they raised two children, Amy Walton (Nightengale) Mekelburg & Matthew Walton Nightengale.  Larry’s family life was spent working on household projects, traveling on many trips around the US, and creating many great memories.  Larry loved his family, and spending time with them and creating the best life possible for them was a big priority in his life.

Larry’s family comes from a long Mennonite tradition and traveling to Kansas and Oklahoma for the family reunions were a treasured part of his life.  Maintaining family connections and deep friendships with 96 first cousins was important to him.

Larry worked for Continental Can Company which later became Crown Cork & Seal.  Over the years he worked in various departments: lithography press line, quality control, assembly, and finally the coil line.  He enjoyed his work at the plant and valued the many friends that he made there – often participating in social events arranged by the company and getting together with his co-workers after hours.  He worked for the company for 41 years and retired at the age of 62.

Larry is preceded in death by his parents, Herman Nightengale & Tillie (Siebel) Berndt, and his sister Charlotte (Nightengale Moore) Winchell.

Due to COVID, the family has decided to postpone any service.  We are hopeful at a future date to host a celebration of Larry’s life.

To sign the online guest book or share pictures and stories go to www.waudsfuneralservice.com.  Larry will be buried at Mountain View Cemetery in Oregon City, Oregon.

Plant a tree in memory of Larry by clicking here.
To send flowers to Larry's family, please visit our floral store.

A service summary is not available

Plant a tree in memory of Larry
An environmentally-friendly option

Plant a tree in memory of Larry

3 trees planted in memory of Larry

Thinking about all of you during this time. I am proud to have had the opportunity of working on that property with Larry and will never forget it. He is a great man.

A Memorial Tree was ordered in memory of Larry Darrle Nightengale.  Plant a Tree

Remembering you and Larry in our minds and in our hearts. May Gods peace fill your heart and soul. We love you, David and Marilyn Gettman.

A Memorial Tree was ordered in memory of Larry Darrle Nightengale.  Plant a Tree

A Memorial Tree was planted for Larry Darrle Nightengale

Plant a tree in memory of Larry