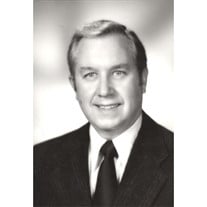 William (Bill) Knaak, 84 William Charles Knaak Jr., age 84, passed away May 29, 2015 at his home in Oregon City, Oregon. Bill was born June 13, 1930 to William Sr. and Rosa (Krauss) Knaak in Brooklyn, New York; the oldest of two children. Ruth (Dinger) Knaak, sister, preceded him in death. Bill graduated from Brooklyn Technical High School, Brooklyn, New York in 1948. Upon graduation he hired on with AT&T in NYC where he worked until 1978 at which time he transferred to Pacific Northwest Bell in Oregon; he retired in 1983 after 35 years of dedicated service. Bill served in the U.S. Army, attaining the rank of Corporal in the 867th AAA Battalion during the Korean War. He married the love of his life, Mary Elizabeth Shea, from their beloved Brooklyn neighborhood in 1956. He is survived by his loving wife, Mary, of 59 years and five children: Rosemary Elizabeth (Diverio) (Stephen), Battle Creek, MI; Joyce Marie (McKillip) (Bradley), Wilsonville, OR; June Therese (New) (Lloyd), Vancouver, WA; William C. Knaak Jr., Red Wing, MN, and Elizabeth (Woelfer) (Lance), Boyds, MD; along with nine wonderful grandchildren. Bill enjoyed quiet time with his wife, making wonderful memories with his family and the companionship of his beloved pets. He was an avid reader, handyman and enjoyed continuously improving the beautiful property at his Oregon City home. Funeral services will be held on Wednesday, June 3, 2015 at 11:00 at St. Philip's Binizi Church in Oregon City, Oregon followed by a reception at the Parish Center. There will be visitation for friends and family at Holman-Hankins-Bowker & Waud, 715 7th St., Oregon City, Oregon 97045 on Tuesday, June 2, 2015 from 2:00 to 4:30. Those wishing to sign the guest book may do so at www.waudsfuneralservice.com. In lieu of flowers, donations should be sent to American Heart Association.

The family of William Charles Knaak, Jr created this Life Tributes page to make it easy to share your memories.