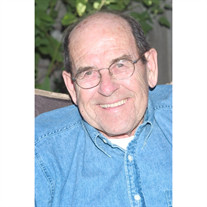 Wayne Wilbur McLain McLain, Wayne Wilbur, 89, Dec. 20, 1927-Feb. 27, 2017. Wayne McLain was born in his family home on NE Alberta St. in Portland, OR Dec. 20, 1927 to Marcus and Doris McLain.  He passed away peacefully in his home on Feb. 27, 2017.  He was raised in Portland and married Lila Mable Ranger on Jan. 6, 1951. They celebrated 66 years of marriage. He is survived by his wife, Lila, and children: Wayne McLain, Dan McLain, Pat McLain, Karen Markowski, John McLain, Collette McLain, Tom McLain, Joseph Simmons, Missy Danovich, Jeff Nozaki and Lisa Bui. His son Mike Simmons preceded him in death.  Wayne had 21 grandchildren, and 22 great grandchildren. Wayne and Lila were loving, supportive parents, caring for over 30 foster children, four of whom they adopted. Wayne was a veteran of World War II, serving in the U.S. Navy from June 4, 1945 to August 6, 1946. To support his family, Wayne held various jobs before beginning a 27 year long career as a longshoreman. Wayne and Lila lived in the Lents neighborhood for many years before establishing themselves in Oregon City in 1975.  They were long time members of St. Peters Catholic Church in Southeast Portland and St. Philips Benizi Church in Redland. Wayne enjoyed cracking jokes, spending time with family, playing cards, collecting gadgets, and much to his wife's chagrin, he did not enjoy yard work. Services will be Monday, March 6, 2017 at 10:30AM at St. Philip Benizi Catholic Church.  In lieu of flowers the family asks that donations be made to the Alzheimer's Association.

The family of Wayne Wilbur McLain created this Life Tributes page to make it easy to share your memories.

Send flowers to the McLain family.