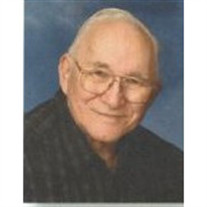 Vernon Still was born February 21st, 1925 in The Dalles, Oregon to Clarence and Daisy Helen Still. He was born second to his twin sister Violet Still and has three brothers, Art, Chuck and Ernie. Vernon was very close to his brothers Art and Chuck and even spent several evenings a week at his brother Chucks house visiting and watching the Oregon State Football games. As a young boy, his parents became ill and were unable to care for him and his siblings and at that point they were set to the Farm Home Orphanage in Corvallis, Oregon. He and his siblings lived a few years at the farm home until a couple, Mr. and Mrs. Beardsley came and Vernon went to live with them and work on their farm. The Beardsley raised Vernon in exchange for him working on their farm which was the way life was then for children that were without parents to care for them. He attended Albany, High School and after graduation attended one year of college at Oregon State University. It was while attending college that he was drafted into the army at age 19 years. His military carrier was as an artillery rifleman and he was at Normandy during WW2 where he received three bronze stars for service, a purple heart during combat and an honorable discharge due to injury. After the army, he worked several jobs until moving to Oregon City, Oregon and working at Publishers Paper Mill until his retirement in 1985.There at the mill is where he gained his nickname "Smokey" because he was known for smoking big cigars. In 1962 Vernon attended Oregon City Evangelical and was saved, he loved the Lord with all his heart and soul. It was there that he met Carol Stisser in December of 1963 through her sister Leah Hinkle and friend Anita Ward. Theirs was a short engagement, engaged on February 24th, 1964 and they were married on Carols birthday, August 7th. They lived in Oregon City and West Linn for the remainder of his life. He was an avid Oregon State Fan and enjoyed photography and music as a hobby. He took that love for photography with him on trips with his family to Yellowstone Park, the beach and even to Canada. His biggest joy was spending time with his granddaughters Caila and Shauna and it showed with the smile on his face and the joy in his voice when he saw them. He is survived by his wife, Carol A. Still, his stepson, Earl Christman, daughter-in-law, Jennifer A. Christman, granddaughter, Caila A. Leaneagh and Shauna E. Millard and great-granddaughter Victoria Millard. He had a full life and passed away in his sleep at Providence Willamette Falls Hospital on January 3rd, 2017.  Arrangements by Holman-Hankins-Bowker & Waud.

Vernon Still was born February 21st, 1925 in The Dalles, Oregon to Clarence and Daisy Helen Still. He was born second to his twin sister Violet Still and has three brothers, Art, Chuck and Ernie. Vernon was very close to his brothers Art and... View Obituary & Service Information

The family of Vernon Robert Still created this Life Tributes page to make it easy to share your memories.

Send flowers to the Still family.