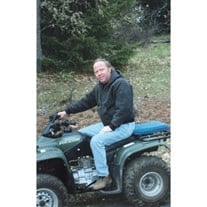 Thomas Carl Myron    June 30, 1948 - May 25, 2016 Friends and family of Tom Myron gathered to share remembrances of him on Thursday June 2 2016, in Oregon City. After a military ceremony, he was buried at Willamette National Cemetery in Portland, Oregon In 1942, grandfather Carl S. Hasslen moved his whole family from Ortonville, Minnesota to Portland, Oregon. Many Hasslen cousins still live in Oregon. Edna Hasslen married Ted Myron in Minnesota, and Tom was born June 30, 1948, in Portland, their third child. The Myron family moved to Carver, Oregon in August 1949.  Tom attended grade school in Carver, and graduated from Clackamas High School.  He studied drafting in college, and was naturally skilled in many building trades.  After a time serving in the Army in the sixties, he met and married Sharon Love. They had twins, a son and daughter who both now live in the Portland area. He worked for many years at the Oregon Health Sciences University in Portland, as a telecommunications technician, retiring at age 62.  During that time, he lived in Milwaukie, Oregon, and in southeast Portland. He purchased a small rural property near Goldendale, Washington, and he spent as much time there as possible. He enjoyed the arid forests of central Washington and the animals, especially the deer.  There were several years of travel to Southeast Asia during his vacations. Tom is survived by his children, Dylon Myron and Sonnet Myron; his former wife Sharon O'Gieblyn; his brother James Myron from Canby, and his sister Nancy (Myron) Nunley, Sheridan.  There are numerous nieces and nephews in Oregon.

Thomas Carl Myron    June 30, 1948 - May 25, 2016 Friends and family of Tom Myron gathered to share remembrances of him on Thursday June 2 2016, in Oregon City. After a military ceremony, he was buried at Willamette National Cemetery... View Obituary & Service Information

The family of Thomas Carl Myron created this Life Tributes page to make it easy to share your memories.

Send flowers to the Myron family.