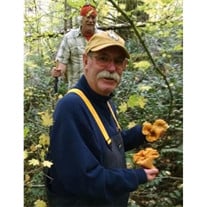 Terrence William Burke was born in Ventura, California, on April 25, 1955, to William and Betty Burke.  Terry was the youngest of 5 children and spent the first 6 years of his life in California before the family moved to Colorado.  The next 8 years were the kind of childhood envied by many, where Terry spent time on the Ranch - riding and raising Welsh ponies and riding his bike with friends in Grand Junction. When it came time for high school, Terry attended Campion Jesuit High School in Wisconsin, with two of his cousins.  Terry's parents had moved to Ireland during this time which allowed Terry to travel through Ireland and Europe with his family.   Tired of the bitter cold and endless winters, Terry moved to Portland after high school and attended the University of Portland.  During his sophomore year, Terry participated in the Salzburg year abroad program where they traveled through many European countries, visiting churches, museums and art galleries.  These travels further deepened his appreciation and love of art and travel.  Trips to return were being planned shortly before he died. Terry spent a few more years in Portland before moving to Palm Desert where he had his own pool business and his son Kelly.  Actively involved in the BPOE, Terry achieved the rank of Exalted Ruler.  Terry and Kelly's mother divorced and Terry once again moved to Portland.  There, Terry was actively involved with the Elks in Oregon City and residential construction projects.  In 1993, Terry decided to pursue Alpine ski teaching.  On the first day of his mountain hiring experience, he met Manon, whom he later told that he knew he would marry her the moment he met her.  They were married on August 30, 1994.  Terry achieved his Level II certification level in Alpine skiing.   Terry divided his next few years between teaching skiing on the week ends and working as a construction manager in the telecommunications business.  Some of those years were working with Bob Schommer who, along with his wife,Leslie, became life long friends.   Throughout his life, Terry's friendly and open nature drew people into his life and developed friendships - from treasured next door neighbors, his Pub buddies who learned the value of guy-hugs, fellow patients from CTCA, and the oncologist who "never hugged anyone" - but somehow found himself embraced in a Terry Bear-hug on the last day of Terry's treatments in December of 2017.  And he liked it!!   Terry always carried pocket angels with him and was fortunate to share with those who needed them when the Nudge told him to share.  He also collected stuffed bears for many years, which bears have been donated to the Oregon City Police for use when dealing with children.  And finally, the Sockells, odd little creatures who would not judge tempers, anguish or just a need to be cuddled, and which made many people smile whether they were patients, doctors or other staff at CTCA.  They were something that Terry and Manon enjoyed sharing and Terry always had some while on his travels, whether for himself or sharing.   Terry and Manon had almost 25 years together and were best friends.  They spent a lot of time and joy in their garden, on ski trips and, of course, in Mexico, which provided outlets to tequila tastings, ziplining, tequila tasting, deep sea fishing, tequila tasting and exploring safe back streets.   In August of 2016, Terry received news of cancer.  Turning his back  and heart on the initial time prognosis of 6 months, he spent the next 18 months living his life in a brave determined fight.  He was with dear friends, Dave and John, at the very end, who were taking him on lovely virtual trips through the mountains, mushroom hunting and, of course, fishing during the moment he passed.   Terry is survived by his wife, Manon, son Kelly (Kendall), stepson Aaron Ruddick, grandchildren:  Mackenzie, Laney, Tate Burke and Ashlay Ruddick.   He is also survived by 4 siblings:  Tim (Julia), Karen (Mike), Sheila (Joe) and Susan (Dave),  2 heeler dogs (Angus and Tilly Jane), 4 inside cats (Jacob, Sir George, Ozimandias and Ellis) and Maggie, the outside cat.   A Celebration of Terry's life will be held on Saturday, May 5 at 2:00 PM at the Oregon City Elks Lodge.   In lieu of flowers, contributions may be made to:  The Salgi Esophageal Cancer Research Foundation (salgi.org  phone:  401/398-7785), PO Box 1912, East Greenwich, Rhode Island  02818.

Terrence William Burke was born in Ventura, California, on April 25, 1955, to William and Betty Burke.  Terry was the youngest of 5 children and spent the first 6 years of his life in California before the family moved to Colorado.  The next... View Obituary & Service Information

The family of Terrence William Burke created this Life Tributes page to make it easy to share your memories.

Terrence William Burke was born in Ventura, California, on April...

Send flowers to the Burke family.