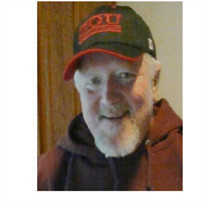 Ted Artiss Gabrielson 3/4/1949 - 5/8/2017 For 15 years, Ted successfully battled Adhesive Arachnoiditis, a rare and painful disease affecting the brain, spinal cord and nerve roots. The last 2 years Arachnoiditis overpowered his finest efforts. He died May 8, 2017 of complications from this disease. Ted was born March 4, 1949 to Marion and Norman Gabrielson in Belmond, Iowa where he spent his youth. He lived in San Jose and Redding, California before he and his wife, Donna, moved to Lake Oswego, Oregon 23 years ago. Ted was dedicated to his position as Human Resources manager at Calaveras Cement in Redding as it provided the opportunity to connect with and be of service to all employees and their families. Ted is survived by Donna, children Hiedi, Cory, Jennifer, grandchildren Tyler, Makenna, Rielee, Shelby, Jessica, Kelsey, great-grandchildren Brynlee, Levi, Marshall, sisters Nancy and Norma Jean (Toots), brother Jim, their families and a large extended family. Ted was determined and hardworking, a talented individual and self-made man. He designed and created stained glass window pieces, was a watercolor artist, an excellent golfer when he didn't try to kill the ball, a superb gardener who canned what he grew, a perfectionist at anything involving wood or tools, the best triple-step dancer, hugely proud to be Norwegian, gifted with a beautiful singing voice, and the neighborhood pit stop for kids needing air in their bike tires. Ted devoted countless hours to email corresponding with individuals, families, and groups across the USA who wanted support and information from someone who had actually experienced an aneurysm and the subsequent surgery, someone who lives in chronic pain, who struggles with PTSD, or endures Adhesive Arachnoiditis. Ted rode a recumbent e-bike 7 days a week at Waluga park. A few months ago Ted realized he had amassed enough miles on the track to have pedaled around the world. An article on Ted's amazing achievement may be found by visiting the Lake Oswego Review newspaper, January 5, 2017 edition. Support of your preferred Animal Rescue group or charity is suggested in lieu of flowers. Details of a gathering to celebrate Ted's life will be announced at a later date.

The family of Ted Artiss Gabrielson created this Life Tributes page to make it easy to share your memories.

Send flowers to the Gabrielson family.