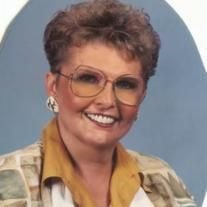 Sharon Lind Stilson died peacefully on September 13, 2012 in Centralia Washington from complications of a stroke. Sharon was born on September 4, 1935 to Clarence and Ada Zachow and lived in a two-room log cabin in Meskanaw, Saskatchewan Canada.About 1938 the family moved to Birch Hills, Saskatchewan, where Sharon attended school in a one room school house. Sharon's family moved to Monmouth, Oregon May 5, 1950 and her 8th Grade graduation was from Monmouth Elementary School.A few months later the Zachow family moved to Estacada, Oregon, where Sharon attended high school for one year before they moved to Canby, Oregon where she graduated from Canby Union High School in 1954.During high school she worked part-time at the Dedman Drug store in Canby and then after graduation continued full-time for a brief time.In the late 1960's Sharon worked at a craft store in Oregon City for approximately two years and then worked at Stevens and Sons Jewelry for about a year. In June 1969 Sharon began a 30 year career with J.C. Penney, starting at the Oregon City Shopping Center store and then moving to the new Clackamas Town Center store in 1980, where she worked until retiring from J.C. Penney in 1998. After retirement she returned to work part-time in Oregon City at Homan-Hankins-Bowker and Waud Funeral Home and the Wild Strawberry Florist.Sharon was a Master Gardener, member of the American Legion Auxiliary, loved to cook, shop, and arrange flowers, enjoyed camping and fishing with her family, and attended the Canby United Methodist Church for many years. On November 9, 2003 she married Charlie Stilson and moved to Rochester, Washington.Sharon is survived by her loving husband Charlie; two sisters, Hollie Groves of Salem, Oregon and Reva Maulding of Marysville, Washington; son Gordon Huiras of Canby, Oregon, Daughter Toni Zimmerman of Albany, Oregon, son Greg Huiras of Hanover Park, Illinois, son Jeff Huiras of Redmond Washington; nine grandchildren and five great-grandchildren. Her brother Eldon Zachow preceded her in death. A funeral service will be held on Wednesday, September 19, 2012, at 10:00am at Holman-Hankins-Bowker and Waud, 715 7th Street, Oregon City. A reception will follow. A private grave-side service will occur later in the day in NapaVine, WA.In-lieu of flowers, donations may be made to the Canby United Methodist Church, PO Box 488 Canby, Oregon 97013.

Sharon Lind Stilson died peacefully on September 13, 2012 in Centralia Washington from complications of a stroke. Sharon was born on September 4, 1935 to Clarence and Ada Zachow and lived in a two-room log cabin in Meskanaw, Saskatchewan Canada.About... View Obituary & Service Information

The family of Sharon Lind Stilson created this Life Tributes page to make it easy to share your memories.

Send flowers to the Stilson family.