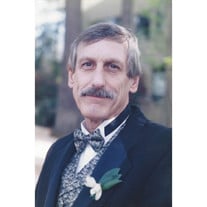 Ronald Paul Winkel was born to Harold and Paula Winkel of West Linn, Oregon in February 1948. Ron was the youngest of three children and attended Sunset School and West Linn High School until 1966. Ron was active in football, basketball and baseball throughout his childhood and loved to play music well into his 60's.  His buddies, the "Fearsome Four" would be heard playing until all hours of the night whether on Pete's Mountain, the real Wanker's Corner or in the Willamette area. He is known for playing the guitar, accordion and the piano. Ron joined and served honorably in the Oregon Army National Guard 1st Battalion 162 Infantry Brigade in Oregon City from 1966 until 1973 when he was honorably discharged at the rank of Sergeant, E5.  While growing up in the Willamette area, he worked at the family grocery store alongside his father, as a butcher at Winkel's Market from 1962-1980. While working, Ron also volunteered at the West Linn Fire Stations for over 30 years, following in his Grandfather's, Father's and brother's footsteps serving his community. He attended Clackamas Community College where he received his degree in Fire Science and Emergency Medical Technician Certification.  Ron joined the Tualatin Valley Fire and Rescue in 1977, where he worked until his retirement in 2002. Ron loved to play pranks, laugh, hunt, and spend time on the water where he would fish and ski.  His favorite past-time was to buy and rebuild anything he could get his hands on, to include cars, motorcycles, boats and houses.  He loved fast toys.  Ron was an avid outdoorsman and you could set your calendar for opening day of deer season since he left the same date every year.  Ron will be remembered for being a fun loving, giving and thoughtful man who only wanted to make life better for those around him. Ron is preceded in death by his Father Harold Winkel and Granddaughter, Victoria Darrow. Ron is survived by his Mother, Paula Winkel; Brother, Robert (Bob) and Anna Winkel; Sister, Linda and John Roethe; Children, Deannie and David Darrow, Michelle and Chris Hatfield, and Step-Son John and Ginger Byers; Six Grandchildren, two great grandchildren, and many nieces and nephews who all loved him. Viewing will be at Holman-Hankins-Bowker and Waud located at 715 7th Street, in Oregon City on Friday, September 15th from 12-4pm and Saturday, September 16th from 9-11:30am. Services will follow on Saturday at noon. Ron made us promise we would have beer, there will be a fellowship gathering at the Oregon City Elks following the service (610 McLoughlin Blvd, Oregon City).  Please dress casually and wear your favorite jeans and hat in honor of Ron. In lieu of flowers, his wish was to have others donate to Doernbecher or Shriners Children's Hospitals in his honor.

Ronald Paul Winkel was born to Harold and Paula Winkel of West Linn, Oregon in February 1948. Ron was the youngest of three children and attended Sunset School and West Linn High School until 1966. Ron was active in football, basketball and... View Obituary & Service Information

The family of Ronald Paul Winkel created this Life Tributes page to make it easy to share your memories.

Ronald Paul Winkel was born to Harold and Paula Winkel of West...

Send flowers to the Winkel family.