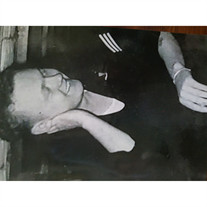 The Lord is my shepherd; I shall not want. He maketh me to lie down in green pastures: he leadeth me beside the still waters. Psalms 23: 1-2 Robert William Lehman Sr. passed away peacefully in the home of his daughter in Hillsboro, Oregon on January 15th, at the age of 89. Robert was born in Bridger, Montana to William Lehman and Emma (Hergenrider) Lehman on March 28, 1931.  He was raised and attended school in Belfry, Montana where he was active in all sports as team member of Belfry Bats.  After graduation, Robert joined the US Navy as part of the Electronics Division. He married Lois E. May on February 3, 1951 in Bridger, MT.  Robert and Lois lived at Whidbey Island , Oak Harbor, WA  and Cavite City, Cavite in the Philippine Islands during his enlisted Navy years and Laurel before settling down in Billings, MT. Together they had three children, Gail Rae, Robert Jr. and Coleen. Robert held a position as an electronics specialist at Sears for several years before going back to college in 1964 at Northern Montana in Havre, MT and graduating in 1969 with a teaching degree. He gave 4 years to Active Navy Reserve from April 1956 to April 1962.  On Nov 4, 1967 Robert and Lois divorced.  Robert taught Electronics at Billings Senior High from 1967 to 1969 as part of the newly formed vocational education program.  On July 3, 1968 Robert married Mildred Jean (Walker) Clark.  Robert expanded his family with her 4 children, Gail Lynn, Gary, Sharon, and Guy. He accepted a higher teaching position and began teaching Electronics at Clackamas Community College in Sept 1969.  The family purchased acreage on New Kirchner Road between Oregon City and Mulino in 1973 where they had adventures to fill their spare time from raising sheep to Christmas trees. Before retiring from teaching in 1992 Robert helped develop robot curriculum to attempting contact Mars with the Ham Radio Club in Barlow Hall. Retiring from teaching freed up his time to travel and enjoy family time. He believed education was key for a happy productive life and was trying to teach others up to the end. Preceded in death by William Lehman (father), Emma (Hergenrider) Lehman (mother), Gary Clark (son), Mildred (Walker) Lehman (wife). In memorial donations should go to furthering the treatments and cure research for Prostate Cancer or your local church. If you are unable to attend the funeral service in person, the service will be broadcast live via Zoom:  https://us04web.zoom.us/j/7425398124?pwd=UWdzTlpraEUwWVhMOTk4c0NqT3IvZz09  Passcode: i.oZK3!=

The Lord is my shepherd; I shall not want. He maketh me to lie down in green pastures: he leadeth me beside the still waters. Psalms 23: 1-2 Robert William Lehman Sr. passed away peacefully in the home of his daughter in Hillsboro, Oregon on... View Obituary & Service Information

The family of Robert William Lehman created this Life Tributes page to make it easy to share your memories.

The Lord is my shepherd; I shall not want. He maketh me to lie...

Send flowers to the Lehman family.