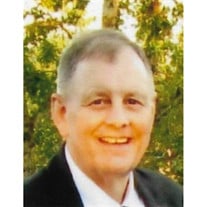 Richard Terrance Ulbricht (Terry) passed away peacefully in the early morning hours of December 29, 2017 after a courageous and hard-fought battle with liver cancer.  Terry was born in South Bend, Indiana on November 22, 1955 (instantly becoming one of Notre Dame's biggest fans).  His father was transferred to Oregon in 1972 and the Ulbricht family settled in West Linn, where Terry graduated from West Linn High School in 1974. Terry is survived by his wife of 38 years, Margie, his three children Nathan, Richard and Amy, along with his three grandchildren Elise, Lily and Hawken.  He is also survived by his mother Genevieve and his three brothers John, Kenny and David.  His father John preceded him in death. He was an avid sports fan, he loved the Irish, the Beavs, his Cubbies and the Blazers.  He hated the Ducks, loved opening day, golfing, fishing, camping, barbequing, rodeos and his family. Terry leaves behind many friends and family.  We will miss his smile, laughter, sense of humor and what a special person he was. Terry, you are deeply loved and will be missed forever.  You know you'll always be the best time that I ever had!  A celebration of life will be held at a future date.

The family of Richard "Terry" Terrance Ulbricht created this Life Tributes page to make it easy to share your memories.

Richard Terrance Ulbricht (Terry) passed away peacefully in the...

Send flowers to the Ulbricht family.