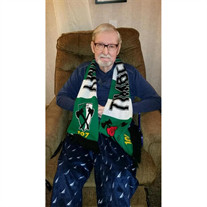 Richard (Dick) Eugene Lakey was born in Stillwater, Oklahoma on Oct 17, 1931.  He passed away peacefully at the age of 84 on January 12, 2016 at his home in Rose Villa, Milwaukie, OR. Dick moved to Oregon at a very young age and grew up in and around Gladstone until he started college at Oregon State in 1949.   During Dick's college years, he entered ROTC and also met the love of his life, Betty Kaplan; they were married in 1952.   In 1953, their daughter, Becky, was born and Dick graduated from college and earned his Officer's commission in the US Air Force.  His first post was Wright Patterson Air Base in Dayton, Ohio; he and Betty spent 5 years in Dayton and had 3 more children, Kelley, Casey and Andy.  During Dick's 20 years in the Air Force, the family traveled all around the US.  Their youngest child, Bill, was born in Laramie, Wyoming, where Dick taught ROTC and earned his Masters degree in Zoology. Dick's military expertise was in survival and he helped write survival training manuals and taught survival techniques.  As a result, he and the family were posted to primarily western states including Alaska, Nevada, Wyoming, Montana and Washington.  He was an outdoor enthusiast and enjoyed hunting, fishing, crabbing, clamming, backpacking, canoeing, and just about anything else that qualified as outdoor recreation. Dick retired from the Air Force in 1973 and moved to Gladstone, OR where he began a second career as an accountant and bookkeeper for small businesses around the Portland area.   In the late 1980's, he started his third career as a home builder and over the next five years built and sold several homes in the immediate area. After Betty retired, they traveled for 5 years throughout the US, Canada and Mexico in their RV but always made sure they were home with their children and their families during the summer months.  In 2000, Dick and Betty moved to Rose Villa and continued to travel the world for the next 10 years. Dick and Betty were happily married for 63 years before Betty passed away on November 19, 2015.  Dick is survived by his children Becky, Casey (Jenny), and Bill along with 7 grandchildren, Tyler, Sarah, Nick, Brian, Katie, Rowan and Willow.  Dick was intelligent, inquisitive, friendly, and had a great sense of humor that everyone enjoyed.  He will be deeply missed by his family, friends, and all who knew him.

Richard (Dick) Eugene Lakey was born in Stillwater, Oklahoma on Oct 17, 1931.  He passed away peacefully at the age of 84 on January 12, 2016 at his home in Rose Villa, Milwaukie, OR. Dick moved to Oregon at a very young age and grew up in... View Obituary & Service Information

The family of Richard Eugene Lakey created this Life Tributes page to make it easy to share your memories.

Send flowers to the Lakey family.