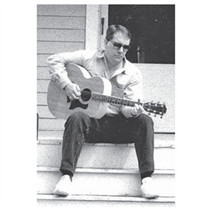 Philip Saverio Amato 64, passed away peacefully at home in West Linn, OR on July 12, 2020 after a courageous 3-year battle with Esophageal Cancer.  Philip was born in Portland, OR and grew up in Ladd's Addition.  He attended St. Philip Neri grade school and graduated from Benson Polytechnic High School in 1973.  He studied music in the Performing Arts program at Mount Hood Community College.  Early in life Philip had a passion for playing music which continued throughout his life.  His parents made him learn the accordion, but his favorite instrument was the guitar, both acoustic and electric.  He was a talented musician and he could play music by ear rather than reading printed notes.  He was in a variety of bands growing up and gained a multitude of close friends in the Portland Blues music scene.  Philip also liked classic cars and had different makes and models that he enjoyed working on over the years.  His last car project was a 1972 Triumph TR6 that he did not get fully restored; Philip was somewhat on the slow methodical side when completing projects, but everything he finished was perfect because he took the time to research how to do it just right.  This was both an endearing trait and could also be a long journey for those that were working beside him.  Philip enjoyed snow skiing and was a Guest Host for 9 years at Mount Hood Meadows.  He also liked boating, fishing, hunting and later in life traveling to warm destinations for vacation time. Just prior to his passing, Philip worked as the Service Supervisor for First Transit Trimet LIFT Services for 8 years.  He thoroughly enjoyed his work and the team he worked with.  He was able to work for a short timeframe after his diagnosis, but then needed to give his notice due to fatigue, which was tough for him.  He stayed in touch with a few key co-workers after he left and always enjoyed hearing updates.  Prior to this job Philip managed an Allstate office as an agent for 9 years and prior to that was with Portland Precision Instruments for 9 years. Philip is survived by his wife, Jodi Amato of 21 years; son Tyler Amato; siblings Thomas Amato, Kathi (Bruce) Hewitt, Dianne (Jerry) Striefel, Mike Barber and Nan Wonderly.  He was preceded in death by his parents Samuel and Josephine Amato and his daughter Erin Brittany Amato. Throughout the last 3 years, Philip faced his diagnosis with a positive, fighting attitude.  Upon hearing the news of his passing, his oncologist Dr. L said these words "the world is lessened without Philip in it".  When relaxing or socializing Philip enjoyed a gin martini, so please make a toast in his honor, he will be greatly missed by his spouse, family and friends.  He loved and collected trains; shortly after Philip passed in the middle of the night, a train whistle was heard......he was ready to leave the station. In accordance with Philips wishes, aqua cremation has taken place and his ashes will be spread over Mount Hood for his love of nature and Turtle Island Fiji because of his love for his spouse Jodi (married there in 1999).  A Celebration of Life will be held at a later date to be announced.  To leave online condolences, please visit www.waudsfuneralservice.com. In lieu of flowers, donations can be made in Memory of Philip Saverio Amato to Providence Portland Medical Foundation https://give.providencefoundations.org/portland, supporting either Cancer Research or Hospice.  Many thanks to Dr. L  chemo oncologist, Dr. C radiation oncologist and Nurse Nicki hospice, forever in our gratitude regardless of not getting our "miracle".

Philip Saverio Amato 64, passed away peacefully at home in West Linn, OR on July 12, 2020 after a courageous 3-year battle with Esophageal Cancer.  Philip was born in Portland, OR and grew up in Ladd's Addition.  He attended St. Philip Neri... View Obituary & Service Information

The family of Philip Saverio Amato created this Life Tributes page to make it easy to share your memories.

Philip Saverio Amato 64, passed away peacefully at home in West...

Send flowers to the Amato family.