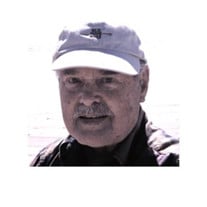 Obituary for John Sigurd Martinson On February 24, 2017, John Martinson passed away peacefully at home from a longstanding heart condition and complications of Alzheimer's. He was 93.  We will remember him for his love of the outdoors, for an unexpected, dry Norwegian sense of humor, and for a true gentlemanly approach to life. John was born July 18, 1923 in Seattle.  He attended Edmonds High School, the U of Washington (BA) and Cal State L.A. (MA).  He spent 3 years in the Army and deployed to Okinawa during WWII.  John married Jessie Carol Hendron in 1943 and together they raised a family in Everett.  He spent his career as an educator and administrator in the Everett School District and at Ft. Steilacoom Community College in Lakewood WA. His second marriage, to Jane Commander, included a career as counselor at Fort Irwin CA and retirement to Jess Ranch in Apple Valley CA where it ended in her death in 1998.  While in Apple Valley he met and married Winifred Foster Bock.  They enjoyed hiking trips in the San Gabriel Mts and the Mojave Desert with their hiking group as well as train travel around Canada and the US.  In 2001 they moved to McMinnville OR where John was an active volunteer for the American Cancer Society and the Willamette Valley Medical Center, a member of the Trinity Lutheran Church, now a part of McMinnville Cooperative Ministries, as well as support for his wife's art occupation.  In 2013 they moved to West Linn to be closer to family in Portland. John is survived by Winifred, his wife of 18 years, and her children Jesse Bock (Camille) of Albuquerque NM and Susannah Castle (Clayton) of Portland and by his children with his first wife: Ann (Bob Bartlett) of North Bend WA, David (Mary Ann) of Fox Island WA, and Daniel (Donna) of Steilacoom WA; the children of his second wife: Erick Davis of Seattle and Alan Davis of Puyallup WA; 5 grandchildren, 11 great grandchildren, and 8 step-grandchildren. His sister Joan Dunkle of St. George UT, brother David Martinson of Everett, and many nieces and nephews survive him also.  Son Paul preceded John in death. Full Military Honors interment will be held at Willamette National Cemetery, Portland, on March 24, 2017, at 1:00 p.m.

Obituary for John Sigurd Martinson On February 24, 2017, John Martinson passed away peacefully at home from a longstanding heart condition and complications of Alzheimer's. He was 93.  We will remember him for his love of the outdoors, for... View Obituary & Service Information

The family of John Sigurd Martinson, Jr. created this Life Tributes page to make it easy to share your memories.