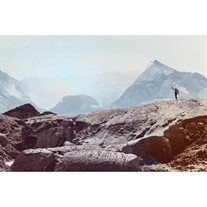 James "Jim" Alton Elting   With deep sadness we share that on Sunday, January 10, 2021, Jim Elting, loving husband and father of seven children, passed away peacefully at home at the age of 84. Jim was born on November 3, 1936, in Clinton, Missouri, to Earl Carnahan and Louise (Alton) Elting. He attended Gonzaga University and earned his Industrial Engineering degree from UC Berkeley. Jim served his country through an Army ROTC scholarship completing his service at Ft. Lewis in Tacoma, Washington.   It was at Gonzaga where Jim met the love of his life, Cathy Costello. The clock at College Hall was where their love story began. In a love letter Jim wrote to Cathy in 1955, he quoted a Reader's Digest article that read, "Three characteristics of a good man's life are tolerance, humility, and modesty." In that letter Jim asked Cathy to remind him to hold those traits dear, as pillars of his life. Those that knew Jim well are nodding their heads - Jim was a tolerant, humble, and modest man. Jim and Cathy were married in Tacoma in 1956 and moved to Berkeley so Jim could finish his degree.   While Jim set about establishing his path as a successful and respected excavating contractor, the young couple lovingly welcomed seven children into their lives. Jim worked for Lige Dickson Company (Tacoma) for a short time before moving his family to Oregon City, Oregon. Once settled, Jim worked with Cathy's uncle, Clarence Hatfield, for a short time, and then at Crown Zellerbach (Portland). While at 'Crown Z,' Jim's plans for his own business started to grow. Jim took out a small loan and bought his first tractor - a Caterpillar 977 loader - promising Cathy that the machine would 'pay for itself.'   It did all that and more. Established in ­1970, Elting Incorporated grew into one of the premier excavation companies in the Pacific Northwest. Jim's employees' loyalty to him was exceeded only by his to them. Together they established a proud portfolio of regional projects, perhaps none more so than those they completed in the aftermath of the Mount St. Helens eruption, after being in business for just over a decade. Jim's Catholic faith was strong. In his youth, he attended 15 different schools in 12 years. Driving the nuns from his many parishes on errands served both his devotion to his faith and his love of being in the driver's seat. His care for others was demonstrated daily and will ring eternally in the hearts of his family and friends. Jim was an active member of St. John the Apostle Catholic Church for 57 years. He joined the Knights of Columbus and enjoyed serving pancakes at their monthly breakfasts. A favorite opportunity to serve was at the parish Community Dinner held every Thanksgiving. Jim and Cathy were proud to deliver meals through the Meals on Wheels program at the Oregon City Senior Center. Whether it was serving others, washing dishes, or delivering meals, Jim did it all with a smile on his face.   Jim also enjoyed woodworking and long road trips. A natural storyteller, Jim enjoyed Sunday drives past various job sites, thus allowing him to entertain Cathy and the kids with stories about clearing sites, placing gabions, filling holes, grading roadways, and more mechanics of his profession. His sense of humor and wit had no match and will be sorely missed. Upon retirement, Jim came to enjoy the game of golf, especially being outdoors in the company of friends. A constant in Jim's life was enriching the lives of children. He volunteered at the Children's Course in Gladstone, attended the many activities of his and Cathy's grandchildren, and delighted in their educational and professional endeavors.   Jim is survived by his loving wife Cathy and their seven children: Mary Elting, Ann Elting Schoblaske (Jon), Eileen Elting Peacher (Bill), Sue Elting Humes, Tom Elting (Renee), Janet Elting Banks (Dwayne), and Julie Elting Wessel (Bram). Jim's love for his children was perhaps only eclipsed by the love and generosity he bestowed on his fourteen grandchildren and two great-grandchildren. Jim is also survived by his devoted sister, Suzanne Orton (Steve).   A Mass of Christian Burial was held for immediate family members on Friday, January 15 at St. John the Apostle Catholic Church in Oregon City; internment followed at St. John the Apostle Cemetery in Oregon City. A celebration of Jim's life, to include family members, employees, and friends that lovingly remember Jim, will be held at a later date. Memorial donations in memory of Jim may be made to St. John the Apostle School, Oregon City.

James "Jim" Alton Elting   With deep sadness we share that on Sunday, January 10, 2021, Jim Elting, loving husband and father of seven children, passed away peacefully at home at the age of 84. Jim was born on November 3, 1936, in Clinton,... View Obituary & Service Information

The family of James "Jim" Alton Elting created this Life Tributes page to make it easy to share your memories.

Send flowers to the Elting family.