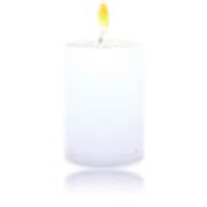 George Elisario Arellano Dec  24, 1939 - Nov 19, 2015 George was the second oldest out of ten children; he grew up in Center Colorado.  He started a family at the age of 18 years & moved to Oregon in 1961. Where he raised his growing family in Gladstone.  He worked in carpentry & later started his own construction company (Mara Construction). This was successful for many years but as the family grew he realized that the little 2 bedroom home had to grow as well. On the weekends he added on to the house "he built up and built back" making sure there was enough room for not only for his children, but any child that needed a warm meal and a place to lay their heads. He then went back to school and received a bachelor in architecture. He became a teacher at Colton High School, where he taught building' and construction for a few years before being offered a chance to be a foreman with Emmert  Construction. He loved working, he was proud to say "I helped move the Spruce Goose to Mclvlinnville". He was very determined & loyal to his profession. Some even said "he walked the last 45 miles to reassure clearance & no injuries accrued". He later then retired & spent most of his time off dedicated to little league baseball. He started a team of players that no one wanted & they were named "The Misfits". That very season they became little league champs! Some coaches would tease George by saying, "What do you feed those kids? TACOS?" His response was always the same, "1 sure do "! He is survived by his wife Sadie Arellano & their 4 children; Lula Woodmark, Greg Arellano. Gina Christiansen  & Elisa Arellano. As well as 3 foster children; Tena Warren, Adrian Weckel & Kendal Cry-Nelson. He had 9 grandchildren; Billy Woodmark. Anna Avent, Joshua Gard, Eric Christiansen, Amy Hiiva, Anthony Arellano, Ashley Arellano, Heather Brown & Mia Dejarnette. As well as 10 great-grandchildren. Nothing made him more proud than the size & love of his family. Oh, not to mention his distant grandson he would say; Marcus Mariotta, Legendary quarterback for his favorite college team "Oregon' Ducks". If you knew George you would know his true love was the Denver Broncos & fishing. The mornings were spent catching the perfect catch & watching football in the evening. He would even watch old super bowl games just for fun. George always had a great story & words of wisdom for anyone that would cross his path. He would give the shirt off his back to anyone that needed it. For that many would be grateful & he will never be forgotten.

George Elisario Arellano Dec  24, 1939 - Nov 19, 2015 George was the second oldest out of ten children; he grew up in Center Colorado.  He started a family at the age of 18 years & moved to Oregon in 1961. Where he raised his growing family... View Obituary & Service Information

The family of George Elisario Arellano created this Life Tributes page to make it easy to share your memories.

Send flowers to the Arellano family.