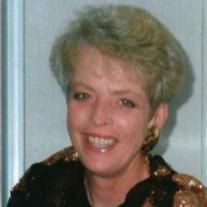 Ellen Catherine Daly, 72, of Oregon City, Oregon peacefully left this world on January 9th, 2013. Daly, an Oregon resident for 30 years, was a beloved mother, wife, grandmother, friend, nurse and fashion icon (in smaller circles.)Born on October 1st, 1940 to William and Eleanor (Hennessy) MacLeod, she grew up in Carbondale, Illinois. Upon graduating from Carbondale Community High School, she attended St. John's Mercy Hospital School of Nursing and obtained her RN degree in 1961.Setting out to see the world with three of her fellow classmates, she first landed in Denver and eventually ended up in Los Angeles. Ellen met Michael while he was a medical student at UCLA and the two married in 1968. In their 44 years of marriage, they planted roots in numerous cities, raised 4 kids and survived 16 camping trips.Ellen always found solace in the one constant in her life: her Catholic faith. In fact, it was while attending services at Most Holy Trinity and St. Thomas More (in Tucson and Portland respectively) that she formed cherished friendships that endure even to this day. As if her faith imbued her with a surfeit of compassion, Ellen devoted her time to hospice work as the last of her children were leaving the nest. The love and kindness she showered her patients with was the same she would share with family friends who likened her to a clocksmith of the heart, knowing exactly which heartstring to pull and when. That she was able to offer hope and insight into others' lives while she herself battled debilitating arthritis and declining health is a testament to how strong a woman she truly was.Her hobbies included reading the lips of professional football coaches, making the best lasagna you've ever had, spoiling abnormally large dogs, and poring over catalogs while enjoying some white wine with ice cubes.Ellen was preceded in death by her parents, William and Eleanor MacLeod, and her brother, Bill MacLeod.Ellen is survived by her husband, Michael; her children Kate, Brendan, Chris (Marcie), and Colin (John); her brothers, Douglas MacLeod and Andrew MacLeod; and grandson, Finn. The rosary and wake will be held on Friday, January 25th at 7PM at Holman-Hankins-Bowker & Waud, 715 7th St., Oregon City, OR. A Celebration of Life Mass will be held on Saturday, January 26th at 11AM at St. John the Apostle Church, 417 Washington St. Oregon City, OR. A reception following the mass will take place at 12:30PM at Forest Hall, 16750 S. Brockway Rd., Oregon City, OR. In lieu of flowers, memorial donations may be made to the Father Thomas Seagrave Scholarship Fund at Riordan High School, 175 Phelan Ave, San Francisco, CA, 94112.

The family of Ellen Catherine Daly created this Life Tributes page to make it easy to share your memories.

Send flowers to the Daly family.