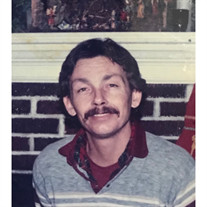 Lake Oswego -Dwight George Hagen, 72, passed away on April 27th, 2019 at OHSUfrom complications from a brain injury. He leaves his daughter, Christina Hagen, of Palo Alto, CA, his brothers Sam and Mark Hagen, sister Chris Smith, nephew Adam Smith, niece Rachael Haynes, mother of Lily and Maya Haynes. A native of Lake Oswego, Dwight played intramural basketball and softball and graduated from Lake Oswego high school while spending summers swimming in Lake Oswego with his late brother and sister, Rex and Petra Hagen. Dwight enlisted in the Marines just after graduating, went to basic training at Camp Pendelton and was stationed in Oahu, HI until he was deployed and stationed as a gunner in DaNang, Viet Nam in 1966 where he said "the bullets fell like rain". Marine Private Dwight Hagen was shot after being in Viet Nam just 3 weeks. A "miracle" it was, according to his mother, Bernice Hagen. "His wounds brought him home to us, alive." He received the Purple Heart for his courage and sacrifice and was the first wounded to return home and receive the award. A parade was had in his honor. He met Judy Raynak while having a beer at Wanker's Corner and soon after arrived Christina "Tina" Hagen who is Judy and Dwight's only child. He moved to California with them and came back to Lake Oswego one year later. Dwight gave many years working at the Post Office in Portland. While attending NA meetings to maintain his sobriety, he met and married Christine May. At that time, he golfed often with Egil, his father, Rex, Mark, Sam and Chris, who he told his daughter was the best golfer in the family. He spent many Christmases with his daughter and family at the family homestead on Cedar Street and enjoyed drives to the coast where the family would rent a beach house and the boys would hit golf balls, light fire works and eat BBQ'd oysters. Dwight was intelligent, witty and his vocabulary vast. In his later years, Dwight enjoyed doing the daily crossword, finishing the New York Times Sunday crossword with seeming ease, playing his electric guitars and visiting with his plethora of friends from the VA to every Starbucks from Lake Oswego all the way to Downtown Portland. He is known for giving people he loved a hard time. If Dwight made you cry or bothered you, that means he definitely considered you a friend. Services will be held at Our Lady of the Lake Catholic church in Lake Oswego on Thursday, May 16th at 11:00 followed by a reception and then the family will proceed by motorcade to Wilammette National Cemetery where Dwight will be laid to rest with full military honors. In lieu of flowers, please make any donations to St. Vincent de Paul.

The family of Dwight George Hagen created this Life Tributes page to make it easy to share your memories.

Send flowers to the Hagen family.