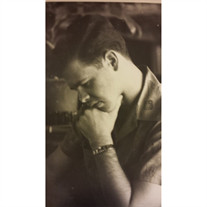 DOUGLAS ALAN GAGLIARDI, 76 Doug Gagliardi, 76, of Canby Oregon, passed away of Kidney Failure, Monday, March 14, 2016 at his home surrounded by his family and loved ones. Doug was born February 3, 1939 in Seattle Washington to proud parents Ellen and Dominick Gagliardi.  He grew up the son of a Navy man and moved frequently within the Pacific NW, California and Hawaii. He attended 26 different schools before graduating High School in 1957 from Garfield High in Seattle WA. He moved to Hawaii with his parents shortly after graduation and started working as a photographer, landing a job with Carter Camera Shops.  They were the official Honolulu airport photographers and he was honored to have taken many pictures of visitors, celebrities and dignitaries arriving into Hawaii in the late 50's and early 60's. Returning back to Seattle in 1961, he toured around the US working as a Photographer. He met his first wife Yvonne Thiele in Seattle and they were married on May 26th 1964 in Lake Tahoe NV.  They had two children, Patricia and Donald and moved to Canby, Oregon in 1972, they divorced in 1976.  Doug met his second wife Sue Bany in 1977 in Canby and they were married on May 7, 1979 in Reno NV.  Sue and Doug lived in Canby along with their children, Patti, Donald and Tim. They re-located to Twin Falls ID in 2008 to retire and were happily married until Sue's untimely death in 2014. Doug changed careers from photography in 1973 and he went to work for Napco, a medical equipment manufacturing company. He worked there for 20 plus years in various positions and thoroughly enjoyed being the union shop steward.   In his retirement he formed his own company, The Chairman, where he repaired office furniture.  Doug was an avid collector of many things and collecting was what he enjoyed very much!  Most prized collections would be his airline cards, wings, model aircrafts, photographs, oil paintings, guns, and of course his very large coin collection. He was member of the Elks association holding the officer title of Esquire.  He loved going to and watching movies and was a huge Star Trek and Star Wars fan and the TV series the X Files. Doug is survived by his son Donald Gagliardi, son and daughter in law Tim and Jackie McNutt, daughter Patti Gagliardi McConnell, three grandchildren, Casey Gagliardi, Brandi St. John and Carolanne Gagliardi and his great granddaughter Averi Eva Sue St. John. A celebration of life service will be held at 1:00 pm, Sunday, March 20th at Holman-Hankins-Bowker and Waud Sunset Chapel. 715 7th St. Oregon City, OR 97045. Memorials may be made to the Wounded Warrior Project at http://www.woundedwarriorproject.org/ or the American Diabetes Association at http://www.diabetes.org/

DOUGLAS ALAN GAGLIARDI, 76 Doug Gagliardi, 76, of Canby Oregon, passed away of Kidney Failure, Monday, March 14, 2016 at his home surrounded by his family and loved ones. Doug was born February 3, 1939 in Seattle Washington to proud parents... View Obituary & Service Information

The family of Douglas A. Gagliardi created this Life Tributes page to make it easy to share your memories.

Send flowers to the Gagliardi family.