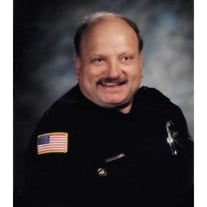 Darrell Edward Bennett, 78, of Oregon City, died February 16, 2021.  He was born December 4, 1942 to Louis Edward Bennett and Louise Hulda (Pfeiffer) Bennett in Portland, Oregon.  Darrell graduated from Benson Polytechnic High School in 1960. He attended Portland Community College and earned an Associate's Degree in the field of Metal Technology in 1964.  Darrell was a member of Sheet Metal Craftsmen, Local 16 and worked for various sheet metal companies from June 1960 to February 1983.  Darrell enlisted in the United States Air Force Reserve in July 1964 and served for 6 years until July, 1970.  He attended Portland Community College and earned an Associate's Degree in Structural Engineering in 1967.  Darrell married Dianne Riley in 1965.  They had one daughter Debra Diann in 1968.  They were divorced in 1975.  Darrell was employed by the Multnomah County Sheriff's Office as a Reserve Deputy from June 1968 to August 1973.  He was employed by the Clackamas County Sheriff's Office as a Reserve Deputy from August 1973 to December 1982.  Darrell married Lanell Linker December 19, 1981.  They had one son Gregory Bennett born in 1985.  Darrell was employed as a police officer by the West Linn Police Department from 1982 until 2003.  He  attended Clackamas Community College and earned an Associate's Degree in Criminal Justice in 1984.  He received a Bachelor's Degree from Pacific Western University in Criminal Justice in 1997.  While employed by the West Linn Police Department he was a School Resource Officer, which was the favorite job of his whole law enforcement career.  He also taught classes to youth for the Oregon Department of Fish and Wildlife and was an avid fisherman.  After retirement Darrell and his family moved to La Pine, Oregon and built their dream log home. Darrell was also active with the Boy Scouts of America as Assistant Scoutmaster for Troop 149 in West Linn and Troop 36 in La Pine, and a lodge advisor for Order of the Arrow. He was also a member of the La Pine Lions Club and the West Linn Lions Club.   While living in La Pine Darrell also was a member of the board of The Greater La Pine Community Wildfire Protection Plan and Project Wildfire, a member of the South County Traffic Advisory Group, Chairman of the Board of the Ponderosa Pines Property Owner's Association and President of the Ponderosa Pines Water Company. In 2016 Darrell and Lanell moved from Central Oregon to Oregon City to be closer to their great grandchildren. In Oregon City Darrell worked with the District 36 Lions Club Scouting Committee and Governor's Cabinet.  He was also the representative on the Chiefs Advisory Board for the Caufield Neighborhood Association. Darrell was a volunteer with The Office of the Long-Term Care Ombudsman which investigates abuse and neglect in care facilities. Both Darrell and Lanell were members of the American Historical Society of Germans From Russia and attended several conventions in both the United States and Canada.  They also attended conventions of Lions Club International.   Darrell is survived by his spouse Lanell, daughter Debra Wheeler (Brian), son Gregory Bennett, granddaughters Jordan Phillips (Tehron) and Alisha Leloff, and two great grandchildren Rhemy Phillips and Tehron Phillips II.   A memorial service will be held Monday, May 3 at Holman-Hankins-Bowker & Waud, 715 7th Street, Oregon City.  Arrangements are being handled by Holman-Hankins-Bowker & Waud.  www.waudswfuneralservice.com. Memorial donations may be made to the West Linn Lions Club, 19363 Willamette Drive #163, West Linn, OR 97068.

The family of Darrell Edward Bennett created this Life Tributes page to make it easy to share your memories.

Send flowers to the Bennett family.