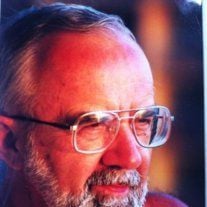 Bruce DymondCharles Bruce DymondApril 24, 1939 - September 24, 2013Portland, OregonCharles "Bruce" Dymond, adoring husband, father of 5 daughters, baseball fan, and lover of the Hawaiian Islands, died Tuesday, September 24, 2013 at age 74. Bruce was born in Denver, Colorado to Charles and Maxine Dymond. During his youth they moved to Seaside, Oregon where he attended Seaside High School graduating in 1957. In 1958, Bruce married Pauline Major and welcomed their 3 girls into the world, raising them together over the next 15 years. Bruce was always active in the Seaside community while in high school, as a sergeant in the NationalGuard during the "Seaside Riots" and later as a school board member and chairman from 1970 - 1974. Additionally, Bruce spent time in Astoria working in the parts department for Lovell Auto and as a business owner of the Major Motel in Tolovana Park, Oregon. After moving to Portland in January 1974, Bruce soon met Lis Charles Foidel and married her September 20th of that year, gladly gaining two more glorious daughters into his life for a total of five. Bruce enjoyed a life-long love affair of 39 years with his bride Lis.Over the years, he served in the Oregon City Elks Lodge, enjoyed watching West Linn High Schoolfootball games and excelled in his career as an auto parts manager in Portland/Vancouver areadealerships. His outstanding performance awards were numerous through his time with Kuni Cadillac, Ron Tonkin Acura and Hannah Honda/Volkswagen, retiring in 2005. Some of his favorite things to do after retiring included working alongside Lis in her business, DymondGraphics, walking with friends from the local walking club, spending more time with their daughters, grandchildren and great granddaughter. Additionally, Bruce was an avid reader, frequent Starbucks patron, vacation addict, and history buff. Bruce will be greatly missed by his wife Lis; mother Maxine Dymond; sister Sharon Wolf; daughter Cindy Corum; daughter Sue Cross and son-in-law Wes; daughter Susan Gilbert and son-in-law Mike; daughter Stephanie and son-in-law Brian; and daughter Christina and son-in-law Dean. Additionally, the joys of his life, grandchildren Zach and wife Bri, Nick, Kayla, Brandon, Morgan, Brian and wife Jaclyn, Elly, Sean,Andrew, Ben, Jordan, Evan and great granddaughter Emy. Plus, many more loving extended family. He was preceded in death by his father Charles Dymond.Because of his dislike for formal events and love for vacationing, especially in Hawaii, his family will hold an open house Celebration of Life (Hawaiian attire optional). Family and friends are welcome Saturday, September 28th 2-5pm at the home of his daughter, Stephanie Schutzler in West Linn, Oregon. A gathering will also take place at Evergreen Cemetery in Seaside, Oregon on Sunday, September 29th at 12pm.In lieu of flowers, the family asks you make a donation to:Leukemia & Lymphoma Society9320 SW Barbur BoulevardPortland, OR 97219http://www.lls.orgThe family would also like to thank the Doctors, Nurses and Staff at Providence Portland Medical Center for their tremendous care during the past 3 years.

The family of Charles Bruce Dymond created this Life Tributes page to make it easy to share your memories.

Send flowers to the Dymond family.