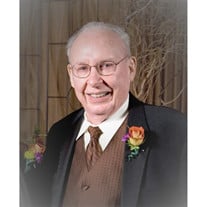 Bobby Gene Lassley passed away at his residence in Vancouver, WA on March 2, 2018, at the age of 89. Bob is survived by his wife of 70 years, Julia Ann (Knight), children Kathy Tafea and Ronald Lassely (Diana), nieces Shelly Sprague (Jim) and... View Obituary & Service Information

The family of Bobby Gene Lassley created this Life Tributes page to make it easy to share your memories.

Bobby Gene Lassley passed away at his residence in Vancouver,...

Send flowers to the Lassley family.