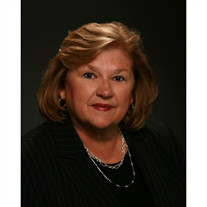 Barbara Pesonen Planton was born July 10, 1946 in Astoria, Oregon to Edna Wentz and Oliver Pesonen. She was the second of two kids to Edna and Oliver. The other being her brother, John Pesonen.  She transitioned to heaven on December 3, 2018. Barbara's... View Obituary & Service Information

The family of Barbara Ann Planton created this Life Tributes page to make it easy to share your memories.

Send flowers to the Planton family.