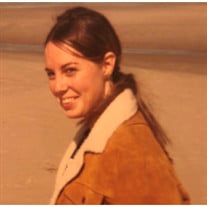 Barbara A. Maginnis June 22, 1949 - October 21, 2018 Barbara A. Maginnis passed away peacefully on October 21, 2018.  She was 69. Barbara was born in Eugene, OR on June 22, 1949 and was the youngest of two children to Alton and Betty Bagaason.  She graduated from Churchill High School in Eugene and went on to receive her bachelors degree in education from the University of Oregon in 1971.  While at Oregon, Barbara met her husband, Dave.  She was a member of the Delta Delta Delta sorority and developed a number of great friendships there.  Barbara continued her higher education at the University of Oregon where she completed her masters degree in special education in 1972. Barbara started her work with young people with special needs in Coos Bay, OR and the Portland area.  Continuing her path in teaching, she soon found her career home at Holcomb Elementary School in Oregon City where she focused on helping students with reading disabilities become better readers.  She instilled a passion for reading in many students.  While at Holcomb, she was actively involved in leading a number of committees including the TAG program and others.   Barbara spent 28 years at Holcomb Elementary and the school became the foundation for many of Barbara's most cherished and lifelong friendships. Upon retirement, Barbara enjoyed traveling around the world, especially to Europe and Disneyland with her grandchildren.  Equally as valued was her time at her home in Oregon City where she raised her two children, and where she still lived.  Barbara enjoyed many activities in retirement- cheering on the Oregon Ducks, time with her great friends and holidays with family. More than anything, Barbara was a teacher.  Whether it was her children at school or her family, Barbara was a great teacher to all.  Most recently, she spent her time with great care and attention around her beloved grandchildren Lily and Oliver; Londyn and Sydney.  Barbara loved her grandchildren- at mere mention of them her face would light up with joy. Barbara is survived by her husband, Dave; her children MaryAnne Gates (Jeremy) and Bill Maginnis (Ashley); and her grandchildren Lily and Oliver Gates, Londyn and Sydney Maginnis; and her brother Michael Bagaason. A celebration of Barbara's life will be held on Saturday, November 3, 2018 at 11:00AM at the Ainsworth House, 19130 Lot Whitcomb Drive, Oregon City, OR. In lieu of sending flowers, please consider a donation to the Oregon City School Foundation or the OHSU Knight Cancer Institute.

The family of Barbara A. Maginnis created this Life Tributes page to make it easy to share your memories.

Send flowers to the Maginnis family.