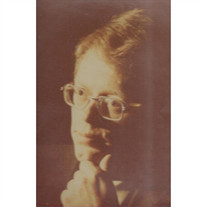 Alan Thomas (Tom) Nettleton was born in Portland, Oregon, in September, 1945 and died in Portland in May, 2021.  He was 75 years old and had lived in Portland his entire life. Tom graduated from Clackamas High School and Portland State University.  He worked at various jobs during his college years, from Portland Electric and Plumbing to the US Postal Service.  In 1970 he enrolled at Northwestern College of Law of Lewis and Clark College.  He graduated in 1974, passed the state bar exam on the first try, and practiced law for several years before taking a position with the United Way of the Columbia-Willamette, where he worked for 22 years. In his final year of law school, Tom worked part-time for a Portland attorney; and it was here in January, 1974, that he met the office's legal secretary Olivia Smith.  The two were mutually attracted and two years later started a household which lasted for 45 years.  They had no children but were part of the lives of other families and had many children, all of whom they cherished, in their lives.  Those children grew to adulthood and Tom continued to love them - and they him - until he died. Tom and Olivia's home was shared over the years by a long line of cats.  They were never without a cat; their last one died in March, 2021, just two months shy of his 18th birthday.  Each of the cats and Tom were the best of friends; they kept him company as he read or did crossword puzzles. Tom had expert knowledge of baseball and also enjoyed history and traveling.  He and Olivia explored the great Pacific Northwest and parts of Alaska, toured the northeast quarter of the United States, visited much of Canada, and crossed the oceans to learn about the cultures and people of Australia and a number of European countries.  Several of their favorite trips were spent with friends in Hawaii. From childhood on, Tom was widely known for his quick wit and humor. One college friend claims she used to follow Tom around at parties, just to enjoy his frequent quips and witticisms. Tom is survived by his wife, Olivia Smith; his brother, Frank Nettleton (Nadia); his sister-in-law Sibyl Gehlen; his niece, Eve Egan; and his nephew, Jay Wenzel.  He is also survived by an aunt in Minnesota and cousins in Minnesota, Colorado, Illinois, and Bend, Oregon.  Tom was predeceased by his father, Ted; his mother, Marie; his well-loved stepmother, Evelyn Nettleton; and his twin brother, Michael Timothy (Tim) Nettleton. A private family graveside service will be held at Mountain View Cemetery in Oregon City in the near future.  A celebration of life for family and friends will be held later in the year when it is safer for larger groups to gather outdoors.  Those wishing to may make a donation in Tom's memory to the United Way of the Columbia-Willamette, Oregon Public Broadcasting, the Oregon Historical Society, or a charity of choice.

Alan Thomas (Tom) Nettleton was born in Portland, Oregon, in September, 1945 and died in Portland in May, 2021.  He was 75 years old and had lived in Portland his entire life. Tom graduated from Clackamas High School and Portland State University.... View Obituary & Service Information

The family of Alan Thomas "Tom" Nettleton created this Life Tributes page to make it easy to share your memories.

Alan Thomas (Tom) Nettleton was born in Portland, Oregon, in...

Send flowers to the Nettleton family.